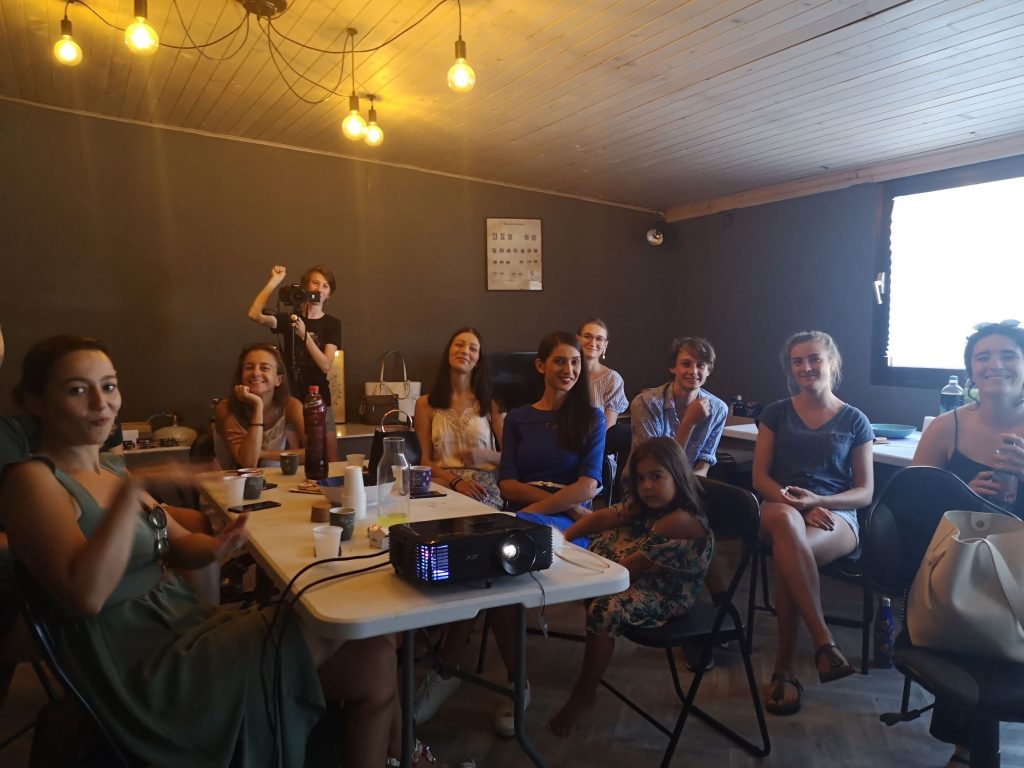 In its fourth iteration, the Science Underground Academy (SUA) is a summer school based in Dubrovnik, Croatia devoted to interdisciplinary collaboration, hands-on experimentation, and innovative learning. This year it started on Friday 16th August and will be open until Tuesday 20th. The beginning of the five-day academy, founded and hosted by Gjino Šutić, began at the UR Institute, where visitors and participants eagerly made their way to the main lecture room for an introduction of the Academy.

The first day of SUA comprised of an introductory lecture given by Gjino Šutić on the academy’s previous accomplishments, the goals of the workshops and discussions, and the inspiration behind the Academy, and a presentation on the Extravagant Bodies: Extravagant Love exhibit by the Kontejner Production at the International Triennial Art Festival. The lecture conveyed the overall intentions driving the Academy since its initial conception: to transcend disciplinary barriers, incorporate elements from a diversity of sources, and fill the gaps in existing educational and academic institutions. The Academy is fueled by tremendous DIY (Do It Yourself) and DIWO (Do It With Others) spirit, which consistently came across through the events of the following days.

Following the opening of SUA 2019, the next day participants and lecturers made their way to Island Lokrum, a short boat trip from the Old Town of Dubrovnik. The island is a protected nature reserve, consisting of remarkable biodiversity in flora and fauna, as well as imbued with historical significance.

The day’s workshop was based in an indoor conference room on Lokrum where Gjino Šutić presented on experimental electronics and interactive systems, including cybernetics and bioelectronics. This presentation transitioned aptly into a hands-on workshop where, led by Ante Medić, founder of Pulsar Laboratories. Each participant learned how to identify, assemble, and solder analog electronics to craft their own Tesla coils. Everyone watched with delight as their efforts were successful and yielded sparking ensembles which, when plugged into mobile phones, could even play music.

After returning from Lokrum via an even more scenic boat ride, participants once again met up, this time to learn about 3D design and printing, robotics, and their uses in prosthetics, prototypes and more. Everyone had the chance to experiment with 3D printing programs, designing shapes and forms, before seeing their designs come to life after the printer had done its work, building up the designs from nothingness.

Day three was greeted with a trip to Island Lopud, for a day filled with exploring the local marine and land wildlife. A hike from the port to the main beach revealed a bounty of mushrooms, spiderwebs (with spiders included), butterflies, and moths. Upon reaching the beach, the participants and lecturers alike jumped into the sea, snorkeling and conducting an ‘underwater photo safari’ to bring back bio-samples for microscopy analysis.

After observing the diversity in fish, sea stars, turban snails, and hermit crabs off the coast of Lopud, participants worked to examine the bio-samples with a mobile microscope kit and illustrate them with organic materials made from crushed flowers, leaves, and fruits. The result was the emergence of experimental bio-art, proving the accessibility and potential of these interdisciplinary fields.

The next day was divided between multiple interrelated activities encompassing biology, technology, and art. A full day of scheduled events included time listening to lectures primarily focused on bio-art, lab work, and lab safety, including guest lectures by bio-artist Margherita Pevere and intermedia artist Maja Smrekar, working in the lab with molds, bacteria, and fungi, and an evening filled with stunning astrophotography. Participants were able to practice lab safety and experience basic laboratory tasks such as making agar, transferring bacteria cultures, and sterilizing equipment between uses.

SUA’s astrophotography night was hosted in partnership with ZTK Dubrovnik to celebrate the 100th year anniversary of the International Astronomical Union (IAU). The event was open to the public and, hosted on the city walls, hundreds of people came and went to enjoy the starry skies and learn how to spot planets such as Jupiter and Saturn via the telescopes set up for the occasion. The beautiful evening and lively atmosphere also afforded the perfect opportunity for gorgeous pictures of the night sky with the Milky Way stretching out above Island Lokrum.

Day five and the final day of the Science Underground Academy ended on a similarly high note as everyone traveled once more to Lokrum. This time, a dive into the surrounding sea resulted in the collection of sea urchins. Following an intro on developmental biology, cloning, and asexual reproduction, Gjino Šutić explained the anatomy of the sea urchins and demonstrated how to harmlessly inject them with a fluid via needle to stimulate them into releasing reproductive cells. All the participants replicated the quick procedure and the male and female cells were collected separately for later analysis.

After the workshop, lecturers and participants moved to the final location of the Academy, the olive grove on Lokrum, for a round table discussion on science and art, paired with coffee and snacks. The discussion passionately engaged with such topics as emerging technologies, creative industries, collaboration between art and science fields, and contemplations on the future of science, art, industry, nature, and technology—in Dubrovnik and abroad.

Following the round table discussion where many ideas and perspectives were voiced and considered, the 2019 Science Underground Academy came to a close. However, the experiences and concepts introduced in the five-day summer school are sure to linger, grow, and inspire.